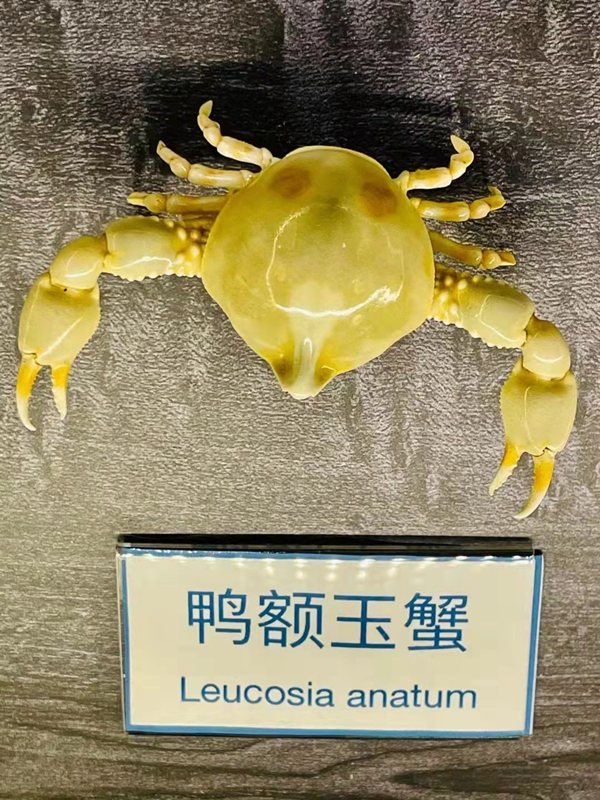 Crabs are displayed at the museum established by Liu Zhenghong, who has relocated his collection from the Penghu Islands to Meizhou Island in Fujian province. [Photo by Wu Shengwei/Provided to chinadaily.com.cn]

As long as he can, Liu Zhenghong, who came from Taiwan, will continue to exhibit crabs to visitors in his specialty museum on Meizhou Island, Fujian province.

Years ago, he brought his collection of nearly 1,000 crabs species from the Penghu Islands to Meizhou and established the museum under the local government's favorable policies in the tourism sector.

The collection — mostly crabs but with some lobsters adding to the mix — was put assembled by Liu with help from his father, an uncle and grandfather. The aquatic creatures came from around the world over three decades, he said.

During a recent interview, Liu busily showed his exhibits to visitors.

"This is believed to be the world's most poisonous crab," he said, pointing to one. Pointing to another, he said, "And that is a rare species with only six legs."

"My father had been encouraging me vigorously to come to the mainland to live for career development," Liu said, adding that he has benefited from many supporting policies of local governments in Fujian for entrepreneurs from Taiwan.