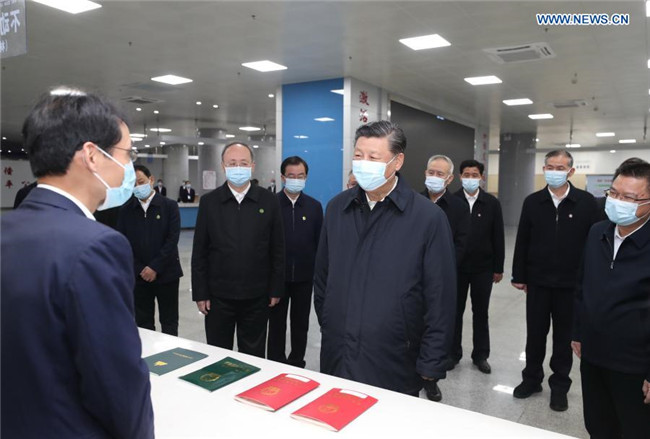 FUZHOU -- Xi Jinping, general secretary of the Communist Party of China (CPC) Central Committee, has stressed respect for people's pioneering spirit in reforms during an inspection tour in East China.

A guiding philosophy for the CPC is to respect people's pioneering spirit, and the people are the real heroes, Xi said when visiting a rural property rights transaction center in the Shaxian district of Sanming city in Fujian province on Tuesday.

He recognized the active efforts made in the district on collective forest tenure reform, noting that Sanming is an important birthplace of such reforms.

Xi underlined the combination of top-level design with grassroots exploration in pushing forward reforms. For major reforms, trials should be conducted first to gain experience before such reforms are promoted, he said.

The methodology of "crossing the river by feeling the stones" is relevant for instituting reforms, and will continue to be so, he said.