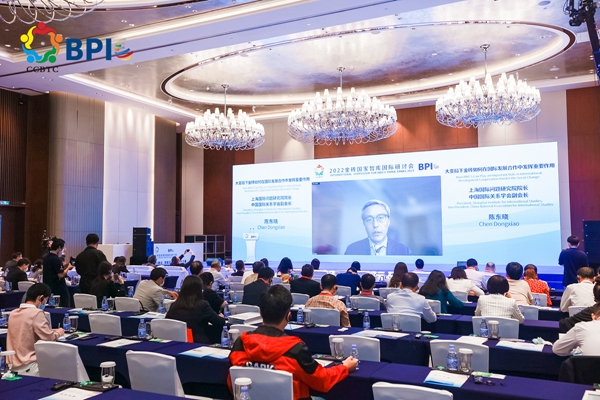 The International Symposium for BRICS Think Tanks 2022 kicks off on Nov 17 in Xiamen. [Photo provided to chinadaily.com.cn]

Themed on "Accelerating the development of BRICS partner innovation center and contributing to global development and cooperation", the International Symposium for BRICS Think Tanks 2022 kicked off on Nov 17 in Xiamen.

At the event, Zhuang Rongliang, deputy mayor of Xiamen, pointed out that the construction of the innovative base has focused on three key fields, namely, policy coordination, talent training and project development and has yielded fruitful results.

According to Zhuang, Xiamen will take an active part in the development of think tanks, further deepen the BRICS partnership, promote the building of the BRICS innovation base, expand BRICS cooperation, and inject more BRICS elements into global development.

A series of activities for BRICS China Year were also held and a proposal to boost cooperation among BRICS countries in digitalized manufacturing transformation was put forward during the event.

A Chinese think tank expert stated that BRICS countries should enlarge the cooperation and communication to contribute more to the global society. Representatives from other BRICS countries expressed their hopes of enhancing economic growth and improving people's livelihoods with the establishment of the innovative center.