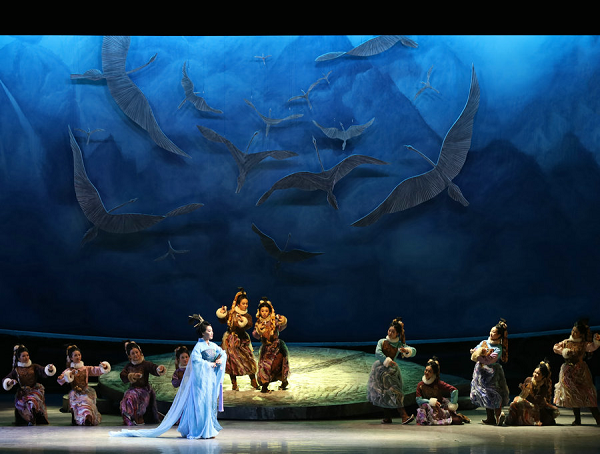 A scene from Wenji Returning to Han by Xiamen Nanyue Troupe. [Photo provided to China Daily]

The performance is a crossover stage performance centered on nanyin, an ancient musical performing art style from the southern regions of the province.

It tells of Cai Wenji, a poet who lived in the late Eastern Han Dynasty (25-220). Cai was taken captive by the nomadic Xiongnu people during the war, and wrote poems to express her yearning of returning to the Han Empire after 12 years of captivity.

Comprised of three chapters - captivity, homesickness and returning - the performance integrates poems written by Cai and featuring nanyin music to portray Cai's life story and applaud her love and loyalty to her home country.