An island's transformation into beauty, prosperity 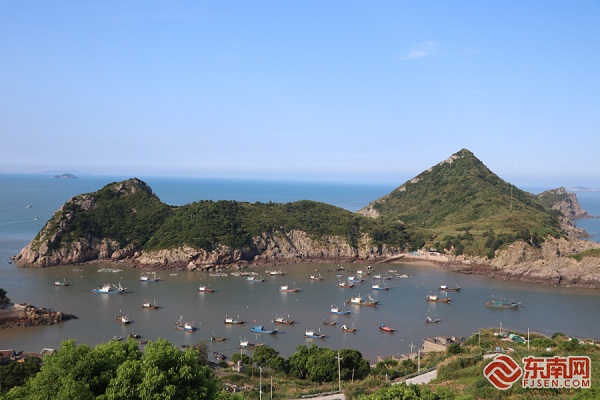 The main streets of Fuding, a city cuddled by lush hills in East China's Fujian province, were nearly empty under the sweltering summer heat. But a dock in the city's southeast was packed with tourists, who were waiting for a ferry to Yushan Island.

The booming tourism industry is attributed in part to ecological conservation.

The island's shore was once strewn with stinky ocean trash and fishing equipment, a discomforting scene that prompted large-scale cleanup campaigns across the island.

After years of effort, garbage was removed; a storage yard for fishing equipment was built; sewage treatment facilities started construction. The cleanup campaigns have brought back the picturesque island and improved the living environment for villagers and holidaymakers.

To better develop the island, Yushan Island has also collaborated with more than 10 universities in the country in a pilot scheme on rural vitalization.

University students came to the island, participating in a slew of projects to improve the island's infrastructure and enrich tourism resources, such as developing souvenirs and designing packaging for local specialties.

In 2021, Yushan Island, which is no more than 30 square km and with only a few thousand residents, received more than 180,000 tourists.

The island's profound changes have also attracted young people to return to their hometown and set up their own business.

Wang Qi is one of them. She left a well-paid job in the southern Chinese city of Guangzhou in 2019 and became a goatherd on the island.

Starting with just nine goats, she now has 800 in stock. Wang's goat-raising business has grown hugely in recent years.

Wang and her family also set up a goat farming cooperative to help villagers increase their income by raising and selling goats on commission. Up to 18 households have signed up for the cooperative and the average annual dividend income per person at the cooperatives hits 9,000 yuan (about $1,331).

"When I was a child, I always wanted to escape from this place. I never expected to return to this place to pursue my dream," said Wang.