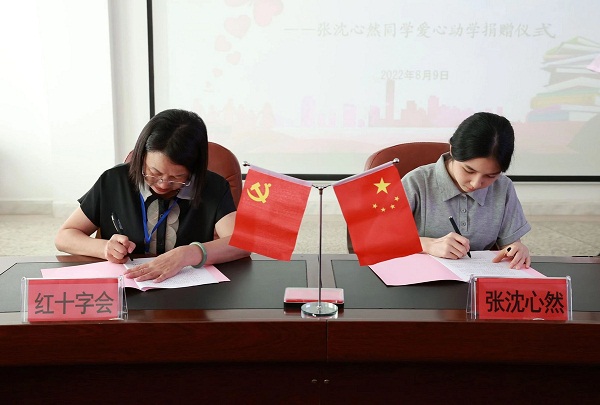 A newly admitted college student in Zhangzhou, Fujian province, recently decided to donate her scholarship - about 105,000 yuan ($14,840) - to poor students from her hometown.

Zhangshen Xinran, who grew up in Zhao'an county of Zhangzhou, was admitted to Tsinghua University, where she will study Marxism.

"I was not exactly thrilled when I received the scholarship," she said. "I do not have any major expenses, so I started to think what I could do with the money."

The scholarship money came from a family fund and gifts from relatives. 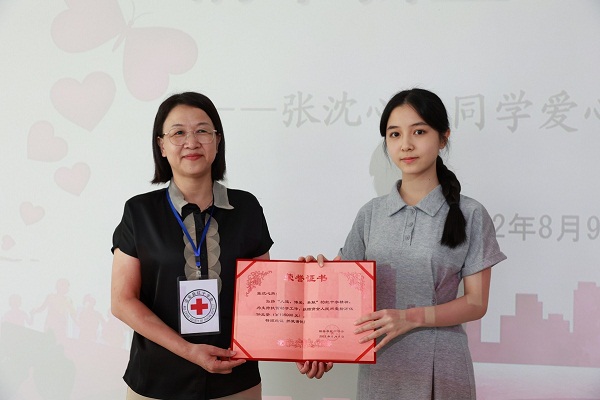 Zhangshen said she had read about a professor from Tsinghua who had supported poor students with monthly salary money before retirement. She was moved by the kindness, and made her decision.

"I know there are students who cannot finish college due to lack of money," she said. "I think the money will be more meaningful if someone can benefit from it."

Zhangshen is planning for her future. She wants to learn about politics and the economy and serve the country's development. 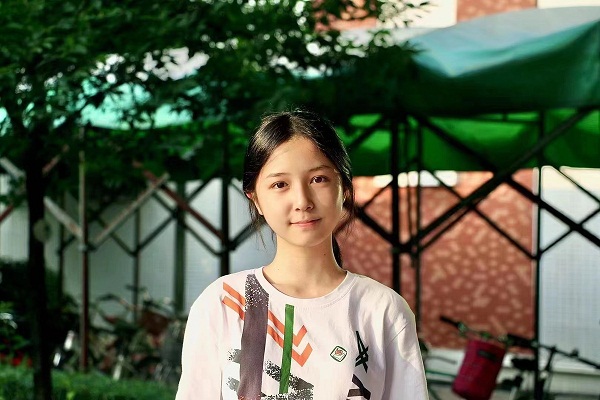