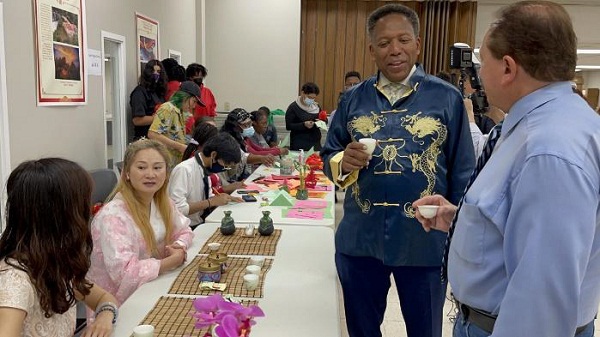 The city of Linden, New Jersey, opened its celebration of Asian American Pacific Islander Month with Impressions of Fujian, a cultural program.

Students from Linden who took part in a successful exchange program with the East China province fondly recalled their visits.

The link from Linden — which is about 22 miles southwest of New York City — to Fujian goes back to 2009, when then-Linden school district superintendent Dr Rocco Tomazic led a group of Linden High School (LHS) students on an exchange program to Xiamen.

The objective was to have Linden students take Mandarin Chinese courses and learn in ways they couldn't in their own classrooms. The program was a success, as Linden since has sent students to China and also hosted teachers and students from Fujian.

In his opening remarks at the May 14 ceremony, Linden Mayor Derek Armstead said: "Today we celebrate the generations of Asian and Pacific Islanders who have come to America and enriched America's history. They are a vital part of America's future success. In our ceremony, we honor their achievements and contributions.

"We have our own students who took the challenge and traveled to Fujian province to immerse themselves in another culture. We have the voices of educators who learned from their experiences, supervised our students, took the measure of a different educational system and found ways to give back and leave part of ourselves where we visited," Armstead said.

Perle Desir, a former LHS student, shared her experiences in Fujian on the exchange program in 2013.