Xiamen Hospital of Traditional Chinese Medicine (TCM) was listed among the second batch of national Chinese medicine service export bases, which was released by the Ministry of Commerce recently, local media reported on March 13.

TCM export services can be provided by the Xiamen Hospital of TCM because the hospital is equipped with extensive foreign-related medical equipment and engages in frequent international cooperation.

In recent years, the hospital has deepened its cooperation with Southeast Asian countries and BRICS countries in areas ranging from medical services to education and training, scientific research cooperation, and cultural transmission, as well as exploring the new service mode which integrates the internet and TCM, thanks to supportive policies and location.

The import and export volume of Xiamen's trade in services in 2021 reached 65.53 billion yuan ($10.28 billion), up 38.3 percent from that in 2020, which is in part due to the city's various efforts to boost overall innovative development of trade in service. 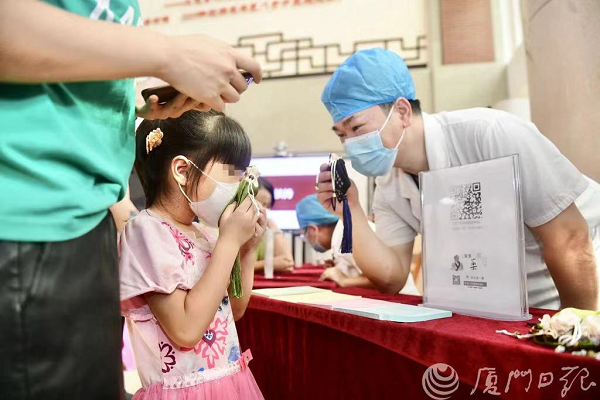