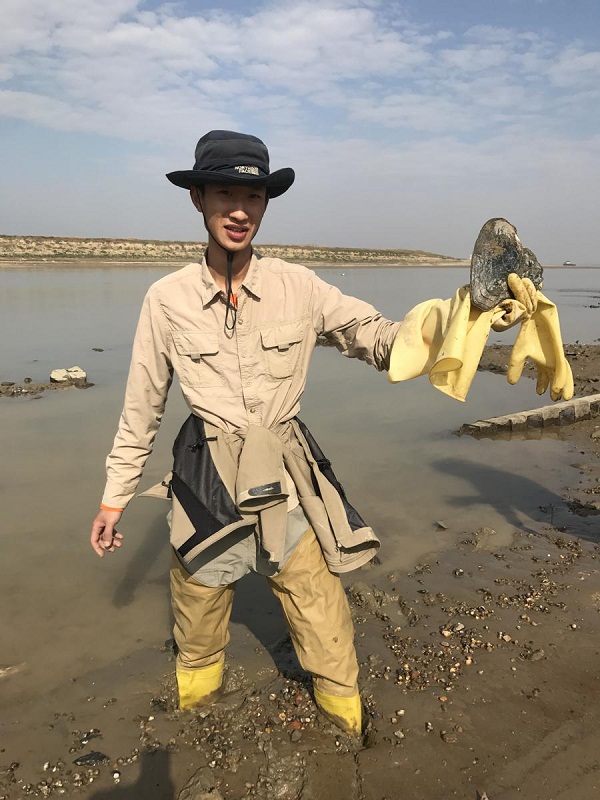 To do that, Guo gathered facts about unionoida species in China from fishermen and museum lovers. In some places, there were no living creatures, only shells. The journey left deep impressions, with disappointments and surprises.

"In the Xinjiang Uygur autonomous region, we found unionoida in the Irtysh River. There are none in Tibet because of the high altitude," Guo said.

"In Poyang Lake in Jiangxi province, unionoida are abundant. Also, in Yunnan province, we found many species native to Southeast Asia."

Freezing water, mosquitoes and schistosoma were some of the challenges Guo and his companions encountered.

"More frustrating than these challenges was when we couldn't find any living unionoida," he said. "We have since contacted many museums abroad, and they granted permission for us to use photos of certain species in the book."

In three years, Guo collected photos and specimens of more than 100 types of unionoida across China, some of which had been unknown.

Although at the lower end of the animal chain, unionoida have important functions in purifying water. They've been called the heart of rivers and lakes.

"I hope through the book more people will learn about unionoida, and raise their awareness of protection," Guo said.