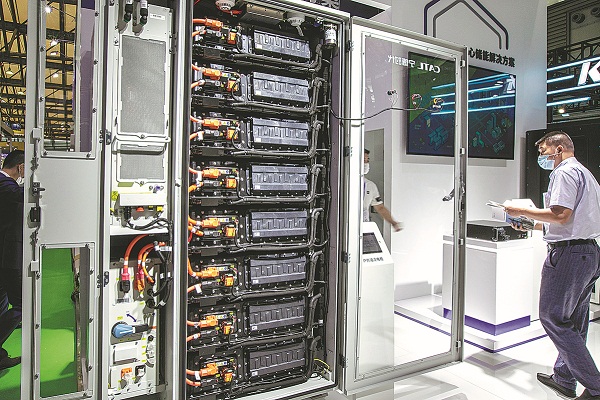 The electric heavy trucks use CATL's large-capacity lithium iron phosphate battery, which can be swapped in three to five minutes, helping relieve the anxiety of charging time and range, and improve vehicle operation efficiency, according to CATL.

The company added that as a major carbon emitter in the field of transport, heavy trucks are at the forefront to achieving electrification.

Battery swapping for commercial vehicles is an important part of CATL's development plan. In July 2020, the company, together with a new energy vehicle subsidiary of Chinese automaker Foton, delivered battery-swap heavy trucks in Beijing.

In September last year, CATL and Foton reached strategic cooperation on battery finance and an innovative business model concerning new energy commercial vehicles. Based on the agreements, the two sides will cooperate on a whole series of new energy Foton commercial vehicle products, including the construction of battery-swap stations.

In addition, CATL is promoting the construction of a battery swapping network across the country.

It signed a memorandum of strategic cooperation with a company affiliated to Fujian Expressway Group last week. The two parties will establish a joint venture to build a battery swapping network, promote the construction and operation of battery-swap stations in Fujian expressway service areas, and expand into neighboring provinces.

In December 2021, CATL reached an agreement with Guizhou provincial government, in which the two sides said they will cooperate in the construction of a battery swapping network and promote the high-quality development of the new energy industry.

Investment bank China International Capital Corporation, or CICC, said that following Jilin and Guizhou provinces, CATL is expected to accelerate its regional expansion of its battery swapping business. This includes the provinces of Fujian, Jiangsu and Sichuan.

Huaxi Securities estimated that by 2025, the number of new domestic battery swapping stations will reach more than 9,000.

In late January, the National Development and Reform Commission, together with seven other government departments, issued plans for promoting green consumption. They called for the promotion of NEVs and the development of infrastructure for charging, battery swapping, energy storage and hydrogen refueling.

CITIC Securities expects that in the next five years, the domestic NEV energy replenishment market will maintain the pattern of charging as the main source and battery swapping as auxiliary. But it expects the application and promotion of battery swapping will be more developed in the high-end passenger car and commercial vehicle segments.