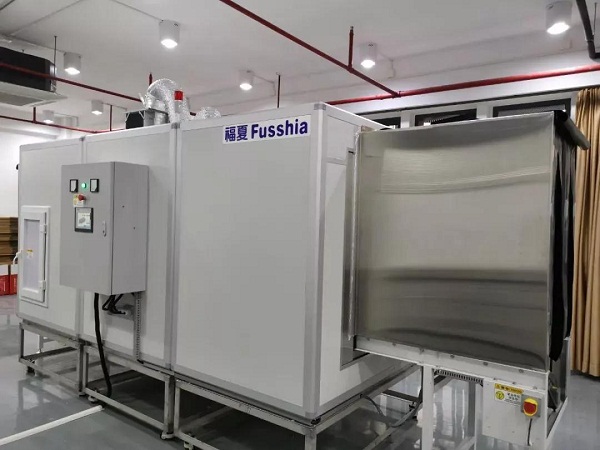 This is China's first photocatalytic equipment for cold chain virus elimination as well as the only large-scale surface elimination equipment nationwide which was approved for use at the Beijing Winter Olympics.

Nine machines have been installed at the National Stadium and the Olympic villages in the three Olympic venues of Beijing, Yanqing and Zhangjiakou to conduct security inspection and luggage, exercise equipment, instruments, supporting tools and food disinfection and sterilization , said Chen Jian, chairman of Fujian Fusshia Technology Co.

It took the research and development team from the province about half a year to develop the machine for the sake of solving the problems and difficulties of disinfecting and sterilizing cold chain products, which had been a hot issue both in China and abroad.

The machine has proved its ability to disinfect and sterilize effectively during an on-the-spot trial in July 2021 after 55 positive samples all turned negative after being disinfected by the machine.