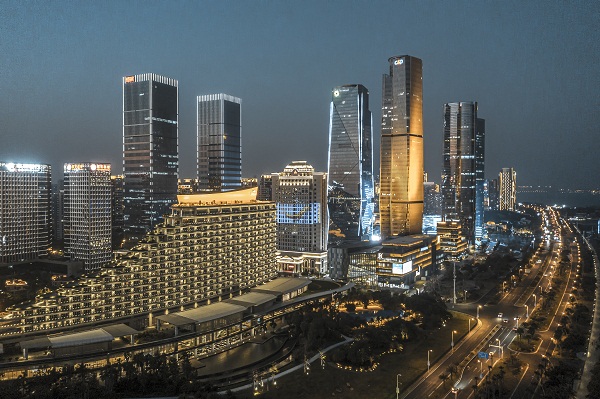 As of December 2021, four other BRICS countries－Brazil, Russia, India, and South Africa – have invested in 108 enterprises in Xiamen, Fujian province, with a contractual foreign capital totaling $51.47 million and the actual use of the foreign capital hitting $3.39 million.

On Dec 8, 2020, the BRICS Partnership on New Industrial Revolution innovation center was established, which provides a foothold for members to make use of technological innovation and digital transformation brought by the new industrial revolution, and since then Xiamen has become a hot spot for businesses from BRICS countries.

Districts in Xiamen have been bolstering their efforts to create a better business environment for BRICS countries in the city.

In addition to the establishment of various industrial parks and bases, Xiamen is also fostering its business environment with coordinated policies, talent cultivation, and project development.

To shine light on this aspect, Xiamen offers vocational trainings to talents from BRICS countries and is gradually setting up a vocational skills certification mechanism.

With all the efforts, including platform establishment, project docking, scientific research cooperation, as well as trading and investment, Xiamen is transforming into a magnet that's attracting the increasing attention from BRICS countries.