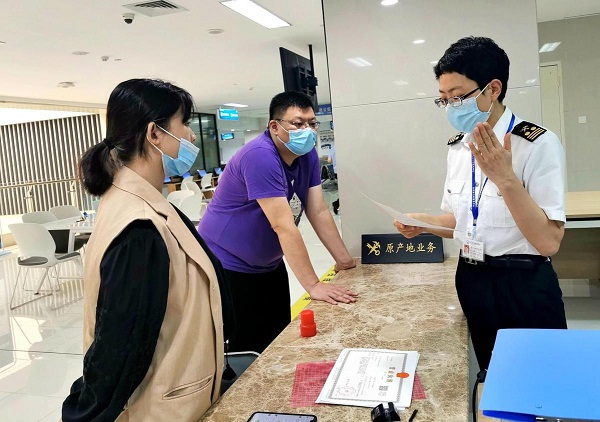 Statistics showed that from January to September of this year, Quanzhou Customs issued 21,000 preferential certificates of origin for foreign trade agreements worth $1.22 billion, up 24.1 percent and 55.7 percent year-on-year respectively.

More than 1,000 companies in Quanzhou, Fujian province received tax relief of about $74 million due to the FTA preferential certificates of origin.

Quanzhou Customs has been bolstering its effort to construct smart customs, as well as improve the intelligence and facilitation of certificate of origin claims to provide benefits to export companies with preferential origin policies.

Thanks to the supportive policies and smart customs measures of Quanzhou Customs, this year our company applied for over 200 FTA certificates of origin, with a value of more than $14 million, and enjoyed tariff preferences of about $500,000 in the importing countries, said the general manager of Quanzhou Yida Home Appliance Industry Co.