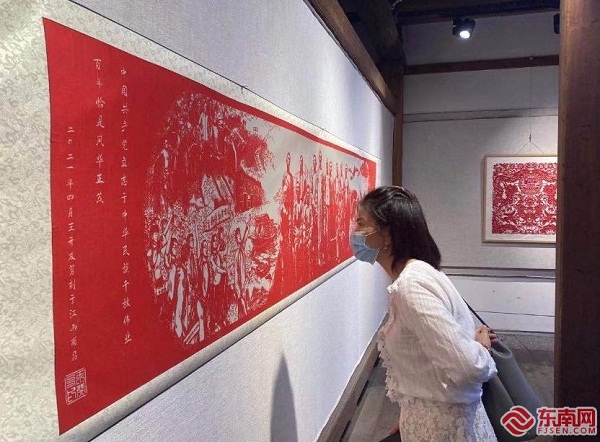 Fujian Strait Folk Art Museum, which is located in the provincial capital of Fuzhou, launched a paper-cutting exhibition on Oct 9 in celebration of the 100th anniversary of the founding of the Communist Party of China.

The exhibition's organizers include the Fujian Folk Artists Association and the publicity department of the CPC Pucheng County Committee.

On display are 68 prize-winning paper-cut works from a paper-cutting contest that was initiated in April and received 305 entries from 10 Chinese provinces, including Fujian, Jilin, Shaanxi, Shanxi, Gansu, Shandong, and Jiangsu.

The exhibits feature ingenious composition and vivid imagery. They not only demonstrate the artists' craftsmanship and patriotism, but also present the general public's colorful lifestyle.

The exhibition will last until Oct 13.