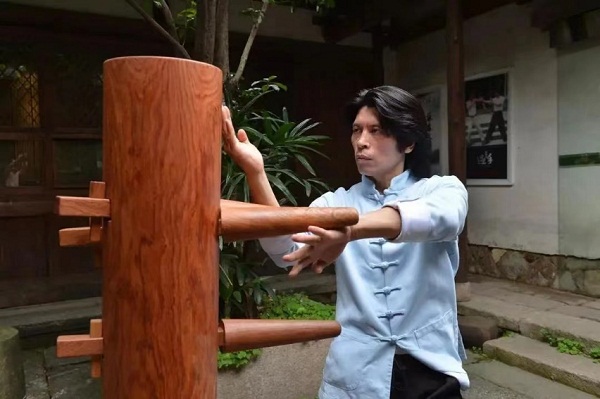 Wing Chun is a form of Chinese martial arts that was initially created for women. Its founder is said to be Wumei Shitai, a Ming Dynasty (1368-1644) Buddhist nun from the South Shaolin Temple in today's Fuqing, Fujian province.

Wing Chun is well-known for the fast movements of arms, which not only help practitioners maintain the flexibility of muscles but also develop their responsiveness and incisiveness of mind.

Wing Chun was spread first across the coastal regions of Fujian and then to Guangdong, Yunnan, and other provinces before being promoted overseas. Among its renowned practitioners are Ip Man and Bruce Lee. Kung fu movies featuring the two individuals have vastly enhanced the worldwide popularity of Wing Chun.

Wing Chun was included in the list of national-level intangible cultural heritage items in 2014.

Today, Wing Chun is practiced by over 100 million people in more than 100 countries and regions around the world, and plays a significant role in promoting Chinese martial arts and international cultural exchanges.