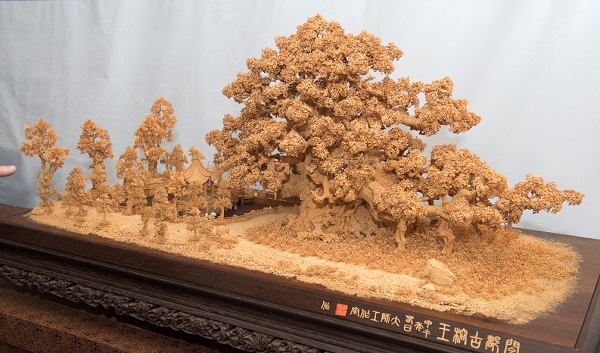 Cork carving, which sees landscapes sculpted from the bark of cork trees, is considered one of the three art treasures of Fuzhou, along with Shoushan stone carving and bodiless lacquerware. It was listed as a national intangible cultural heritage in 2008.

Cork carving is said to have originated in the city in the early 20th century, when an official who returned from an overseas trip gave local woodcarvers a Christmas card carved in cork. After studying the object, the woodcarvers developed ways to create three-dimensional Chinese landscapes that include pavilions, pagodas, trees and mountains.

After decades of development, the art form enjoyed its golden age in the 1970s and 1980s, when more than 20,000 employees were involved in industries related to cork carving.