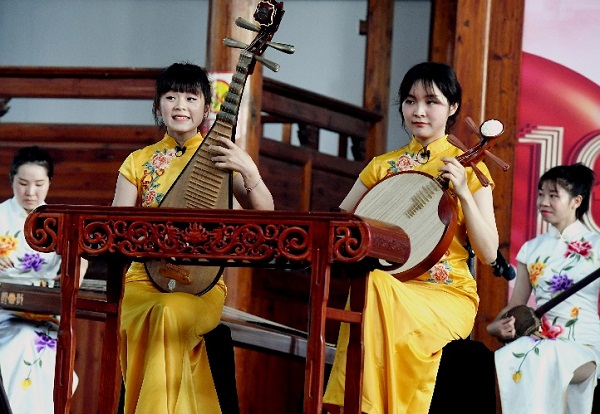 Fuzhou Chiyi, also known as Fuzhou Chichang, is one of the five traditional operas in Fujian province. Fuzhou is the capital of Fujian.

"Chi" is a note in ancient Chinese music scores, while "Chiyi" refers to the art of singing based on the music scores.

A typical Fuzhou Chiyi show features one or two artists who play the erhu (a two-stringed Chinese fiddle) or sanxian (a three-stringed plucked instrument) while simultaneously recounting folk stories in the form of Fuzhou-dialect songs.

Fuzhou Chiyi originated in the Tang and Song dynasties and matured in the late Ming Dynasty (1368-1644). In 1943, practitioners formed a unified society and created the official name of "Fuzhou Chiyi".

Fuzhou Chiyi is popular not only in Fuzhou and some Fujian counties such as Minhou, Lianjiang and Fuqing, but also in Fuzhou descendants' settlements in Taiwan, Hong Kong and Macao, as well as Southeast Asian countries such as Myanmar, Singapore, and Indonesia.