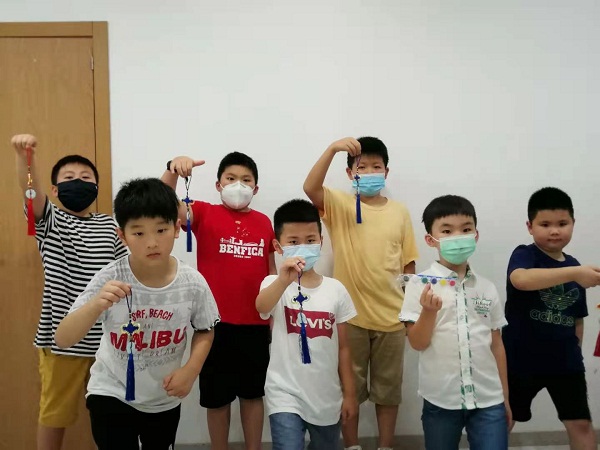 Hosted by Fujian authorities, the event was themed around the province's intangible cultural heritage items. The 170-plus participants came from 15 countries including Thailand, Portugal, Brazil, Britain, and Australia as well as the Chinese territories of Hong Kong and Taiwan.

Fujian boasts a rich reserve of cultural heritage and natural landscape. Xue Weimin, vice-chairman of the Fujian Provincial Committee of the Chinese People's Political Consultative Conference, the main organizer of the camp, pointed out that one recent event is a testament to Fujian's profound cultural tradition: Fuzhou, the capital of Fujian province, had hosted the 44th session of the World Heritage Committee of UNESCO in July, during which "Quanzhou: Emporium of the World in Song-Yuan China" in Fujian was inscribed onto the UNESCO World Heritage List.

Xue expressed hope that the camp participants could seize the opportunity to learn more about China's long history and her prosperous economy in these modern times so that they could share their thoughts with people abroad and deepen international cultural exchanges.

Participants also said that they also got to learn about their prosperous and influential motherland through the online camp. They expressed hope that the epidemic would end soon so that they can travel to Fujian and tour its world heritage sites.

"Though I'm far away from my motherland, my root is always in China," said Wang Zihan, a 12-year-old girl from Portugal who likes reading books about Chinese culture and history in her spare time.

"I'm glad that I participated in this summer camp. I got to create beautiful paper-cuts for the first time. I'm so happy!" said 9-year-old Zhang Yixuan, who was born in Brazil. He also expressed hope that he could return to his motherland someday to learn more about Chinese culture.