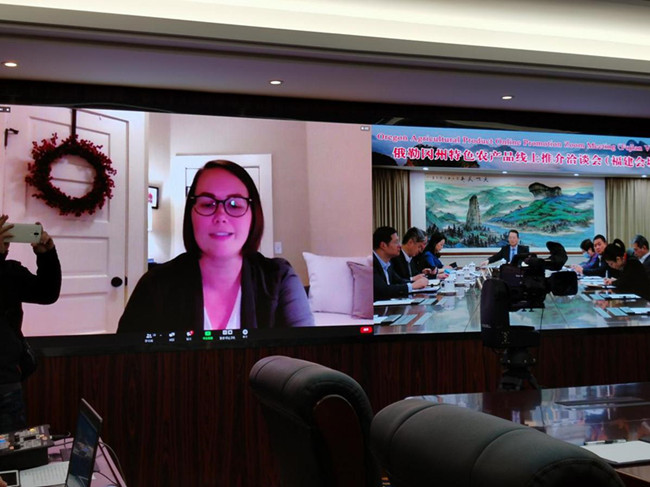 The Oregon Agricultural Products Online Promotion Meeting kicked off on Dec 9, and nearly 100 government officials and entrepreneurs from East China's Fujian province, North China's Tianjin municipality, and Oregon in the United States took part in the event from more than a dozen venues.

During the online event, Oregon promoted its agricultural products, which include wheat, nuts, vegetables and fruits, seafood, dairy, and wine.

Fujian established a sister relationship with Oregon in 1984, and the event was meant to further deepen cooperation between the two sides.

Fujian and Oregon have made remarkable achievements in economy and trade, science and education, culture, agriculture, and environmental protection since the establishment of their sister relationship.

Authorities on both sides have said that in the future, Fujian and Oregon will further deepen economic cooperation and trade ties and strengthen people-to-people exchange and cooperation.