Protection of forests pays off for villagers 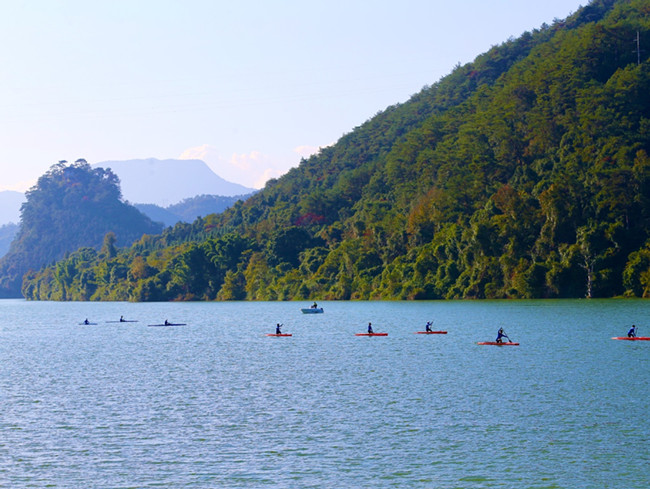 A surge in revenue from ecotourism has shown that villagers in Changkou, Jiangle county, Fujian province, made the right choice two decades ago when they decided not to cut down or sell trees in its forests.

"Thanks to the protection of forests, I can earn more than 10,000 yuan a month by running a restaurant for tourists," Yang Chunfu, a 49-year-old villager said.

In the 1990s, a villager could only earn about 2,000 yuan a year and to increase their income they came up with the idea of selling trees in the village's forests.

"A number of companies, including chemical plants and chopstick manufacturers, would pay a good price — as high as 100,000 yuan — for our trees," Zhang Linshun, the village's Party head said. "It was a huge amount of income and a major appeal to villagers then."

"However, many precious trees grow from hard rocks on the mountains and it may take hundreds of years for a tree to grow after people cut one down," Zhang said. "The village committee decided not to sell trees and to stop the ongoing logging of natural forests.

"If we sell the trees, we will be the guilty people condemned by our descendants."

In 2013, the village introduced a company that invested 30 million yuan in a rafting program and the village as a whole took a 10 percent stake in the operation. Other companies invested in programs including aquaculture, ecotourism and orange growing.

Yang, a former butcher, said environmental attractions like the forests and rafting program meant he could receive about 100 tourists a day.

"Not only people from cities nearby visit for the beautiful scenery, but those from Beijing, Shanghai and overseas have been to my restaurant," he said.

Yang has two houses and said that because more tourists are visiting the village he plans to renovate another one into a homestay next year.