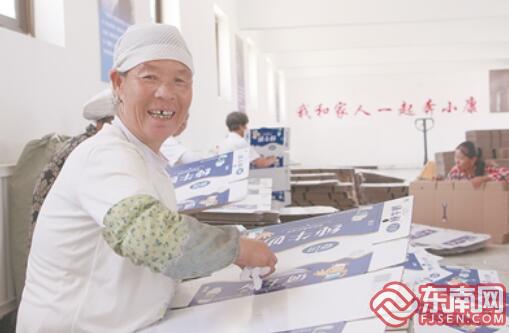 Joint poverty alleviation efforts between Fujian and Ningxia have been hailed as a model to follow in China, according to a local news report on Sept 1.

East China's Fujian province launched a "pairing-up" mechanism in Ningxia in 1996 to increase the income of the people in the region and help them get out of poverty.

Statistics show that a total of 5,700 Fujian enterprises have moved to Ningxia Hui autonomous region as of the end of 2019, creating nearly 50,000 jobs for the locals.

Over the past 24 years, Fujian has sent 11 groups of officials and more than 2,000 medical workers, agricultural experts and teachers to support Ningxia, helping the remote area take on a new look.

Among those who have helped in Ningxia is Zheng Yonglin, who was sent to take up a temporary post in the region's Tongxin county two years ago. During his time there, Zheng helped the county launch 58 joint projects between Fujian and Ningxia.

Zheng also introduced 10 enterprises with a total investment of 885 million yuan and developed the county's characteristic industries such as mushroom planting and spice production, making it possible for villagers in Tongxin county to earn a decent income without having to leave their hometowns.

Fujian has also joined hands with Ningxia to launch a livestreaming platform to help the latter promote its characteristic agricultural products.