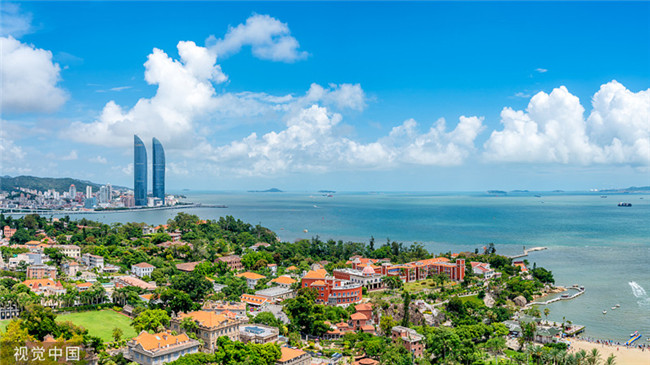 Fujian province on China's east coast saw stable growth in imports in the first five months of this year, rising 3.7 percent year-on-year to 199 billion yuan ($28.2 billion), ranking 7th in the country, according to statistics released by local customs.

Fujian has contentiously optimized and developed its foreign trade commodity structure. Imports of bulk commodities such as minerals and coals, as well as consumer goods saw remarkable growth, reflecting the province's efforts to promote the recovery and upgrading of consumption amid the COVID-19 epidemic.

In addition, Fujian witnessed strong growth in imports from Belt and Road countries from January to May, especially with emerging markets such as Mongolia, Laos, Kazakhstan and Ukraine.

Statistics from the provincial commerce department show that the China International Import Expo (CIIE) has injected strong growth imputes into Fujian's imports. A total of 76 Fujian-based enterprises signed deals valued at $4.97 billion at the first and second CIIE, and a total contract value of nearly $3.3 billion has been fulfilled, accounting for 65.4 percent of the total.

The province is expected to hold an array of activities at the third CIIE, which will take place in Shanghai from Nov 5 to 10, in an effort to stabilize its foreign trade, which has affected by the COVID-19 outbreak.