Zhangzhou puppet head carving is a special workmanship of props used in puppet shows. It is one of the folk arts and crafts mainly spread over Zhangzhou, Xiamen, Quanzhou and their surrounding areas of Fujian Province. Zhangzhou puppet carving, which originated in the Jin Dynasty and flourished in the Tang Dynasty, has enjoyed a history of nearly 2,000 years.

The puppets catch the disposition of different characters perfectly through appropriate exaggerations, a local feature. 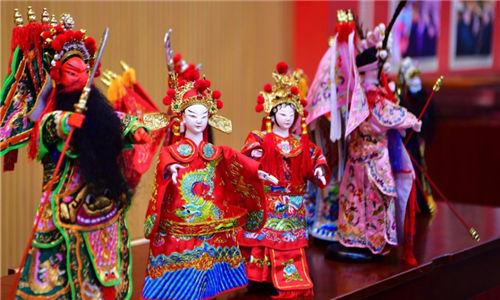