East China's Fujian province will further implement innovation-driven development to pursue economic transformation and upgrading and realize high-quality economic development, according to the government work report released by Tang Dengjie, governor of the province, at the third session of the 13th Fujian Provincial People's Congress in Fuzhou Jan 11.

In 2019, the province stuck to the development concept of innovation, focused on scientific and technological innovation, and intensified the protection of intellectual property, offering strong support for economic growth.

The province received 14 national science and technology awards in 2019, and held 43,791 valid invention patents by the end of last year, growing by 13.68 percent year-on-year.

Fujian has been stepping up the construction of its key innovation platforms since last year, including four provincial innovation laboratories covering photoelectric information, energy materials, chemical engineering and energy devices.

As one of China's manufacturing powerhouses, Fujian has stepped up its efforts in innovative development, with 4,500 companies listed as high-tech enterprises and more than 400 listed as high-growth ones.

The manufacturing sector has accelerated its high-quality development, and steps were also be made to transform and upgrade traditional industries. Fujian has also given great impetus to promoting the deep integration of industrialization and informatization, and more than 30,000 enterprises in the province have been equipped with cloud computing services.

Whole industry chains in the fields of new displays, integrated circuits, and semiconductor lighting have taken shape, and a complete core industry chain of new energy vehicles has developed in the city of Ningde.

The province launched the commercial use of 5G technology and the digital economy saw rapid growth last year, with its scale in Fujian reaching about 1.7 trillion yuan.

The integrative development of the culture and tourism sectors was strongly promoted in Fujian in 2019, and the number of visitor arrivals to the province totaled 537 million, up 16.5 percent year-on-year. Tourism revenue also reached 810 billion yuan, a 22.1 percent increase over 2018.

Fujian has sped up the development of characteristic modern agriculture, and the province’s characteristic industries such as tea, fruit, aquatic products, livestock and poultry flourished, with total output value of 1.78 trillion yuan. 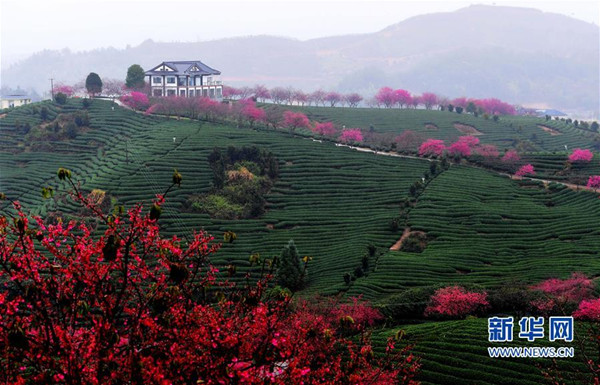