Day 3: The media group arrived in Yaolu village, Wuping county, Longyan city on the morning of the second day.

The sky was scattered with clouds, which resembled islands floating through the heavens. When combined with the hills and brooks below, the result was an endless landscape of stunning beauty. 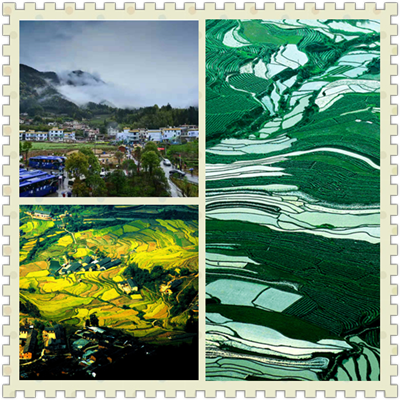 Zhong Lanying - the village Party secretary, who dressed modestly and looked to be in her mid-thirties, showed her hospitality by offering local tea and fresh fruit for the curious visitors. 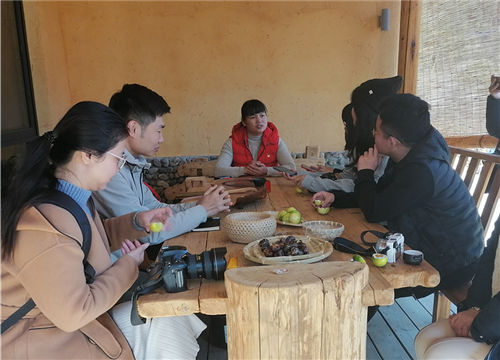 The village Party secretary describes the changes that have occurred since she began working with the villagers to eradicate poverty. [Photo provided to chinadaily.com.cn]

"If it weren't for Lanying, our open-minded village Party secretary, we wouldn't have had the opportunity to build our own houses and get rich," said a villager surnamed Chen.

Chen, who was living in poverty due to his parents' illness a few years ago, has grown more than 6.67 square kilometers of strawberries and pecan peaches since 2014, receiving an annual income of more than 100,000 yuan ($14,316.8). He escaped poverty at the end of 2016. Now, he stood in front of his new house with a smile on his face. 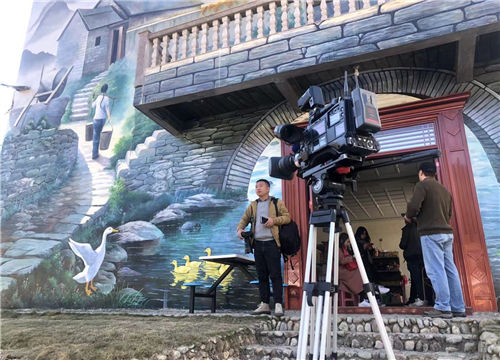 Most of the houses are covered in paintings. [Photo provided to chinadaily.com.cn]

Zhong also said that counties and villages in the western province of Fujian will take full advantage of their fisheries and plantations as they embark on their new development path.