Red culture in western Fujian province: A lesson in patriotism in Gutian

Day 2: After a refreshing tour in downtown Longyan, Fujian province, the visitors travelled to Shanghang county, a famous revolutionary area in Longyan, on Dec 11.

The Site of the Gutian Meeting, located in Gutian Town of Shanghang county, was built in 1848. Formerly, it served as the ancestral hall of the Liao clan, and was then used as a primary school when a major force of the Red Army was stationed in Gutian. 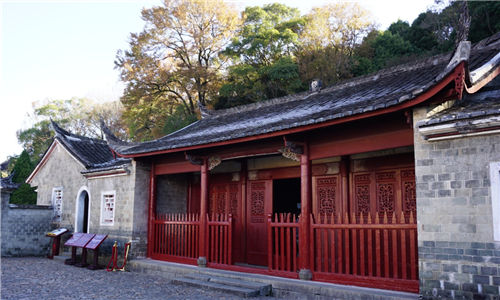 The Site of the Gutian Meeting [Photo provided to chinadaily.com.cn]

It was exactly 90 years ago, in December of 1929, that Mao Zedong held the Ninth Party Congress of the 4th Corps of the Red Army, passing a resolution of historical significance. The Gutian Meeting is an important event in the history of the Chinese Communist Party and was key to the survival and development of the Red Army. The resolution adopted at the meeting maps out a program for building the Red Army, said Liao Liyun, the 29th generation of the Liao clan, who has served at the site as a guide for almost 10 years. 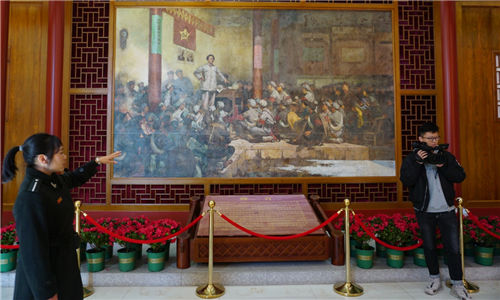 Liao Liyun, who has served at the site as a guide for almost 10 years shows the visitors the picture of Gutian Meeting. [Photo provided to chinadaily.com.cn]

Behind the Site of the Gutian Meeting is a dense forest. Across from the site is an exhibition hall built in the 1960s and opened in October 1974. Covering an area of 38,151 square meters and a floor space of 11,324 square meters, it mostly exhibits cultural relics from western Fujian during the revolutionary period. 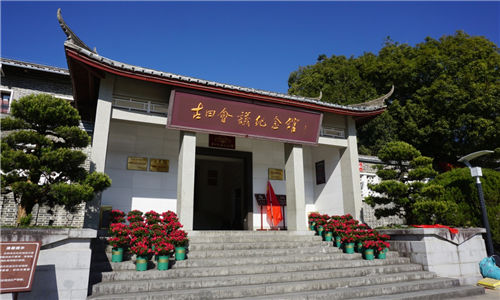 The exhibition hall in Gutian mostly exhibits cultural relics from western Fujian during the revolutionary period. [Photo provided to chinadaily.com.cn]