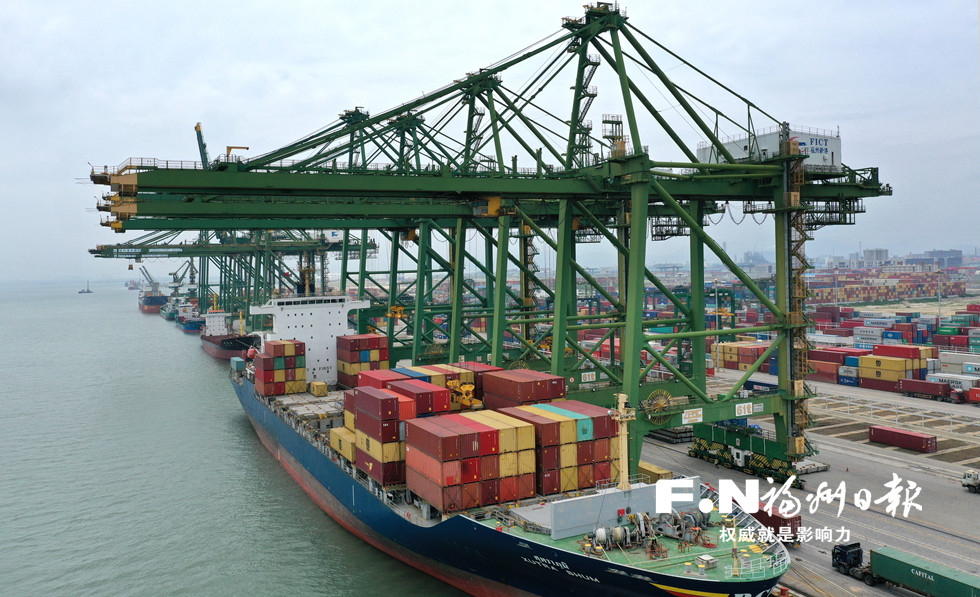 Jiangyin port in Fuzhou handles roughly 760,000 TEUs, which also means about 5,000 containers per day in the first five months this year. [Photo/Fuzhou Daily]

The Jiangyin port in Fuzhou is maintaining robust growth momentum in terms of container throughput volume.

Official data shows that in the first five months this year, the port handled roughly 760,000 TEUs, which also means about 5,000 containers per day.

There are primarily two ports in Fuzhou, namely Jiangyin port and Qingzhou port.

In 2018, Jiangyin port dealt with 1.827 million containers in total while the number for Qingzhou port was 1.3 million last year.

According to Qiang Jian, a manager of the port’s operator, the Jiangyin port is a natural port suitable for container operations.

One of its largest advantages is two-way main channel, 360 meters in width and 16.2 meters in depth, making it an ideal place for dock of big ships by tonnage, Qiang said.

To Date, the port has a total of eight berths with a designed annual capacity of three million containers.

It has opened 53 trading routes including 24 international ones thus far.

The railway nearby has also fueled the port’s development, as a sea-railway combined transportation mode is gain ground quickly.

Freights are first shipped by sea to Jiangyin port and then loaded onto trains bounded for the inland areas such as Hunan, Jiangxi and Sichuan and vice versa.

Meanwhile, the port’s establishment injects new impetus to the petrochemical industry in Fuzhou.

A special pipeline connecting the port with the Zhongjing petrochemical park has been established, allowing direct connectivity between the ships loaded with raw materials with the park.

According to Huang Jianwei, the channel not only increases the safety, but saves the company about one million yuan per day in logistics cost.

The port has witnessed a great improvement in the level of intelligence. In April, a 5G network based smart port system was launched, offering more efficient and timely services for businesses.

Official data shows that by the end of 2018, there are 121 berths in Fuzhou with accumulative capacity of 12,685 metric tons or 2.51 million containers.