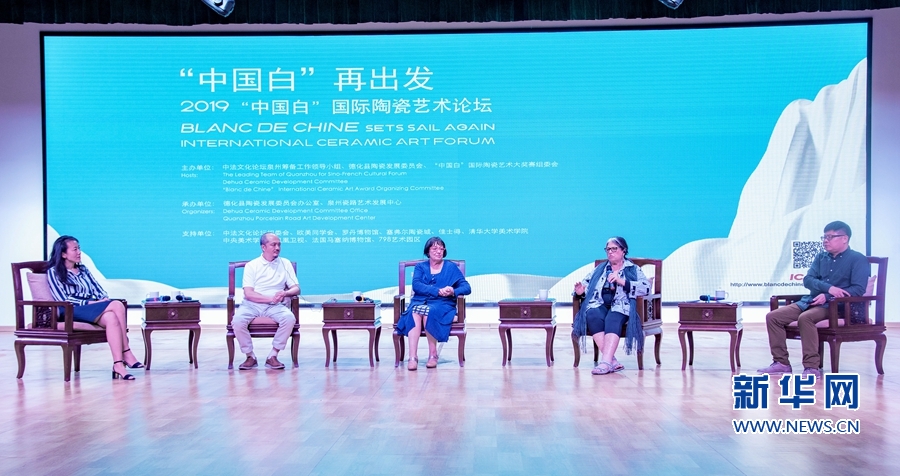 Dehua porcelain, more traditionally known in the West as Blanc de Chine (French for "White from China"), is a type of white Chinese porcelain made in Dehua county, Fujian province. It has been being produced since the Ming dynasty (1368–1644).

The forum gathered numerous experts and artists from home and abroad, who offered detailed insights into how best to grow the industry.

Christina Shimizu, former curator of the Senouchi Museum in France, noted that in the face of new challenges, more efforts should be made to step up innovation in creating Dehua ceramics.

A book entitled Blanc de Chine Set Sails Again was also unveiled on the sidelines of the forum. In a bid to further boost global exchange, a creative exchange base for Dehua porcelain artists was also inaugurated.

Official data shows that Dehua now houses over 2,600 ceramic companies and over 100,000 employees. In 2017, the output value of the ceramic industry in Dehua reached $3.58 billion.