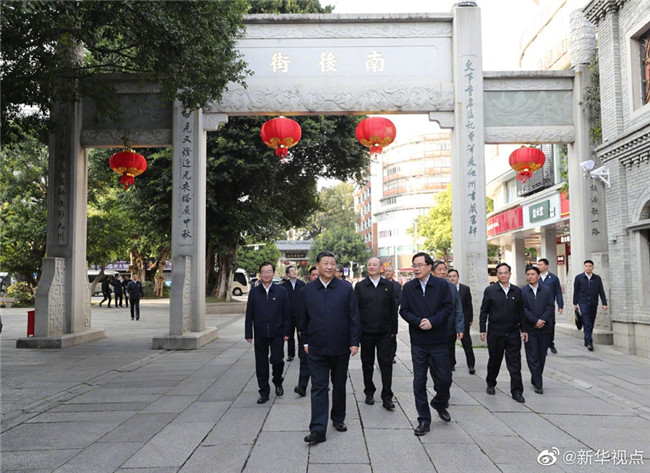 "I worked in Fuzhou for six to seven years. I came here at the age of 37 and spent the best years of my life here. I gained a lot of experience and understanding," said Xi when talking with local residents in a park in the city.

Xi said he envisaged building Fuzhou into an eco-friendly coastal city with beautiful landscape when he worked there. "Now it has developed even better than what had been envisaged at that time."

Xi encouraged the local government to continue their efforts to deliver more tangible benefits to the people.