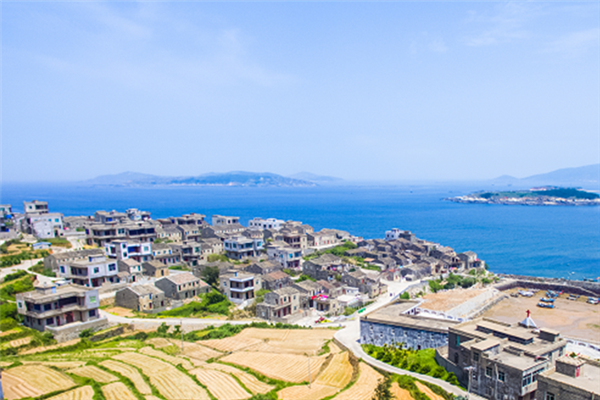 Winter is typically not high season for tourism. Yet Wang Fazhi and his friends recently traveled for about two hours from Fuzhou, Fujian province, to the coastal village of Dongbi.

The 74-year-old retiree was attracted more by a homestay named "Time" in the village than by the seaside scenery. "I've been trying to book it for over two months, and I only finally succeeded," Wang said.

The Chinese name of the homestay, Shijianhai, means "picking up a piece of the sea". The hillside homestay boasts a panoramic view of the ocean from its courtyard.

"The structure and decoration of Time fit perfectly with the local scenery, which I suppose is one of the reasons why it is so popular," Wang said.

With over 400 kilometers of beautiful coastline, the county of Xiapu, which administers Dongbi, is now a popular destination for photographers and shutterbugs. But years ago, lacking any suitable accommodations, most visitors to the Xiapu area just came and left after snapping a few photos.

Chen Shuman, owner of Time, took note of the situation. Born in a village in Xiapu, Chen previously worked as a designer in Beijing for over a decade. As her job took her to many domestic and overseas destinations over the years, she always thought that her hometown with its beautiful scenery deserved better development.

In 2016, Chen quit her well-paid job and moved to Xiapu with her husband. After a year of planning, she rented an old house in Dongbi and renovated it into a boutique homestay.

Since its opening, Time's unique design and comfortable surroundings have attracted a large number of tourists. Many heard about the homestay and Dongbi via the internet. The homestay now has 30 rooms and accommodates about 40,000 guests annually.

Across China, boutique homestays like Time are giving impetus to rural tourism. No longer just infrastructure to support local tourism, many have become attractions in their own right.

On Xiaohongshu, an Instagram-like Chinese fashion and lifestyle sharing platform, photos taken by influencers at picturesque boutique homestays like those in Xiapu usually garner thousands of likes.

According to a report released by the State Information Center in July 2020, when the domestic tourism industry sought to recover after being hit hard by COVID-19, demand for rural homestays rebounded relatively quickly. During the Tomb Sweeping Day holiday in 2020, orders for rural homestays accounted for more than 70 percent of all orders received by Xiaozhu, a homestay reservation platform.