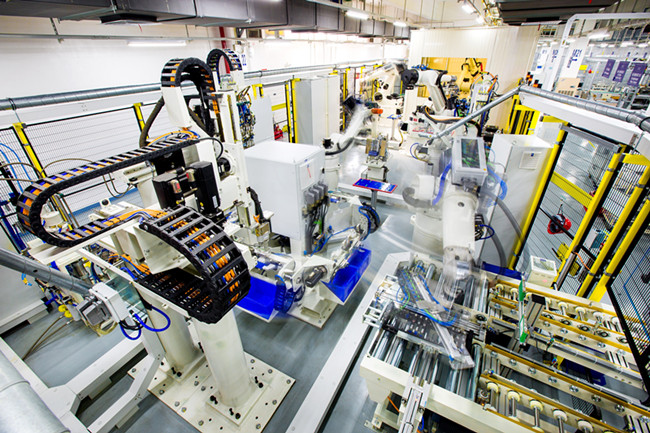 The coastal province of Fujian has made great achievement in promoting its industrial development during the 13th Five-Year Plan (2016-20) period, with the added value of industrial enterprises above designated size growing at an average annual rate of 8.4 percent from 2016 to 2019, according to statistics released by the local government.

Over the past five years, Fujian has pushed forward its supply-side structural reform, as well as boosted industrial upgrading and transformation. As a result, the province's industrial, supply, and value chains achieved high-end growth, said Zhu Sihai, a researcher at the development research center of the Fujian provincial government.

The province has been making great efforts to build the electronic information, machinery and equipment, as well as the petrochemical industries into pillar industries. In 2019, those industries saw their added value grow 9.8 percent year-on-year.

Supported by the government, a number of leading enterprises in the areas of new energy, new materials, the internet of things, and biological medicine sprang up during the 13th Five-Year Plan.

Statistics show that during this period, Fujian's strategic emerging industries reported a total added value of 550 billion yuan in 2019, accomplishing the goals set for the 13th Five-Year Plan period. Fujian has cultivated 19 industrial clusters, with their output value exceeding 100 billion yuan, doubling the figure of 2015.

The tertiary industry in the province also experienced significant growth in the past five years, especially the modern logistics, financial services, and tourism industries. Statistics show that the proportion of the tertiary sector expanded from 41.6 percent in 2015 to 45.3 in 2019.

The digital economy in Fujian has also grown rapidly in recent years, with its total economic value reaching 1.73 trillion yuan in 2019, accounting for more than 40 percent of the province's total GDP.