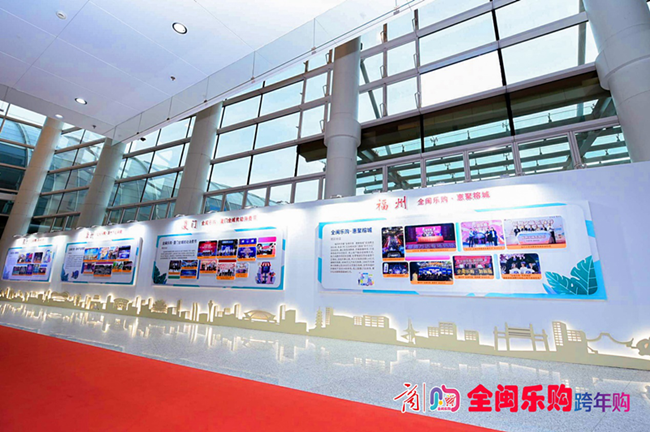 The event, running from Dec 25 to 27, is an important part of the "Happy Shopping in Fujian" shopping gala, which was attended by a large number of well-known e-commerce platforms such as e-commerce giant Alibaba.

"Happy Shopping in Fujian", which started in August, has included nearly 400 offline promotional activities and over 4,600 livestream broadcasts. Statistics show that as of Dec 27, more than 130,000 merchants have participated in the event, with 229 million yuan worth of consumption coupons having been released through online platforms, leading to transactions worth more than 400 billion yuan.

The event offered a platform for the local government to release more than 60 favorable policies and innovative measures.

Thirty-two themed activities were carried out, including several promotional activities by renowned enterprises such as Suning and the fast-food chain unit of Yum China. In addition, thousands of characteristic Fujian products were showcased at the three-day event.

Livestreams featuring Fujian time-honored brands were conducted during the event as well, and a distinctive brand exhibition area displaying local agricultural products from Eastern Fujian was set up, aiming to promote the province's regional specialty products, help raise incomes for local farmers, and boost the development of the agricultural sector in rural areas.