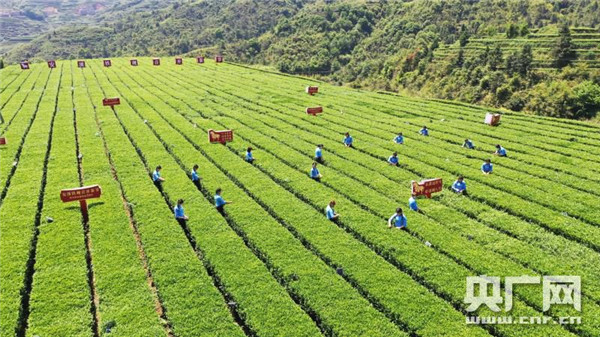 A harvest festival for Tieguanyin tea was held on April 28 in Anxi county, East China's Fujian province, to boost tea-related trade and tourism.

Anxi county has long been famous across China as the birthplace of Tieguanyin, or "iron goddess" tea, a premium strain of oolong tea that was developed in the county between 1725 and 1735.

Tieguanyin tea culture in Anxi has been recognized as a symbol of Minnan (southern Fujian) culture.

The tea leaves have four separate harvest seasons throughout the year. In spring, the tea is picked from the Grain Rain season, the 6th solar term of the traditional Chinese lunar calendar, to the Start of Summer, the 7th solar term. This period accounts for nearly half of the annual yield.

The tea industry has over time become Anxi's primary source of income.