96.4% of foreign firms above designated size resume production in Fujian 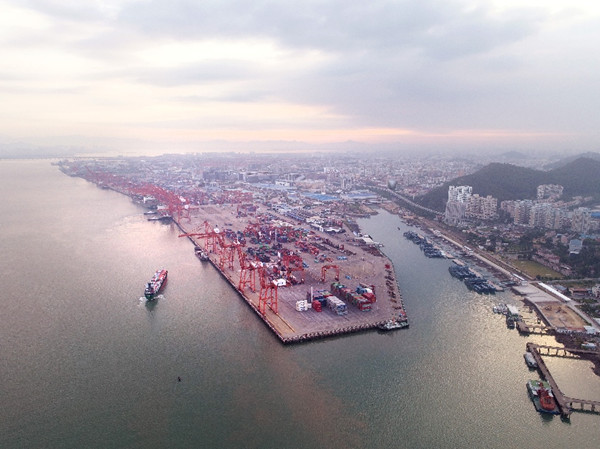 After East China's Fujian province declared that it no longer had any confirmed cases of COVID-19 on March 7, most industries in the province have been gradually resuming operations, with 96.4 percent of foreign-funded enterprises above designated size in the province having resumed production as of March 11.

As of March 11, the province had received 1,379 domestic and foreign investors and organized 345 matchmaking activities online; 41 key foreign-invested projects with a total investment of more than 35 billion yuan ($4.93 billion) were signed through online platforms.

"This is really an impressive contract signing ceremony," said Shi Wencai, general manager of China district of Meggitt PLC in Shanghai, after the cloud signing with the Xiamen Area of the China (Fujian) Pilot Free Trade Zone. He added that the no-contact signing ensures projects can move ahead as planned.

According to Shi, Meggitt PLC has maintained steady growth since it set up operations in Xiamen 15 years ago. With the rapid development of China's aviation market, the company planned to continue to expand the production capacity of its Xiamen factory and make it the company's regional headquarters in China, with the aim of offering better services to global customers.

Governments at all levels in Fujian have drawn up online plans to attract investment. They recommend the suspension of "face-to-face" communication and encouraged the application of modern technologies, such as video conferences and webinars.

Advanced network techniques have been instrumental in ensuring quality communication services for attracting investment in Fujian. The provincial department of commerce launched a mobile terminal, using mobile phones to promote its business environment and investment environment to domestic and foreign investors.

With the help of online investment fairs and platforms, Fujian has received 267 key investment projects worth 382.2 billion yuan, and sent more than 11,000 investment messages to investors from the United States, the European Union and Japan.

Thanks to the advanced technologies, the actual utilized foreign capital in Fujian totaled 5.74 billion yuan during the first two months, a year-on-year increase of 7.9 percent, having achieved this year's annual target of 17.7 percent, according to the province's department of commerce.

"The growth rate of foreign capital inflows benefited from the province's efforts in optimizing its industrial structure," said Sun Chuanwang, professor of the School of Economics at Xiamen University.

To cope with the impact of the novel coronavirus pneumonia epidemic, the Fujian government has taken active measures to offer support to stabilize foreign investment and foreign trade, which will greatly enhance the confidence of foreign investors in long-term investment and operation.