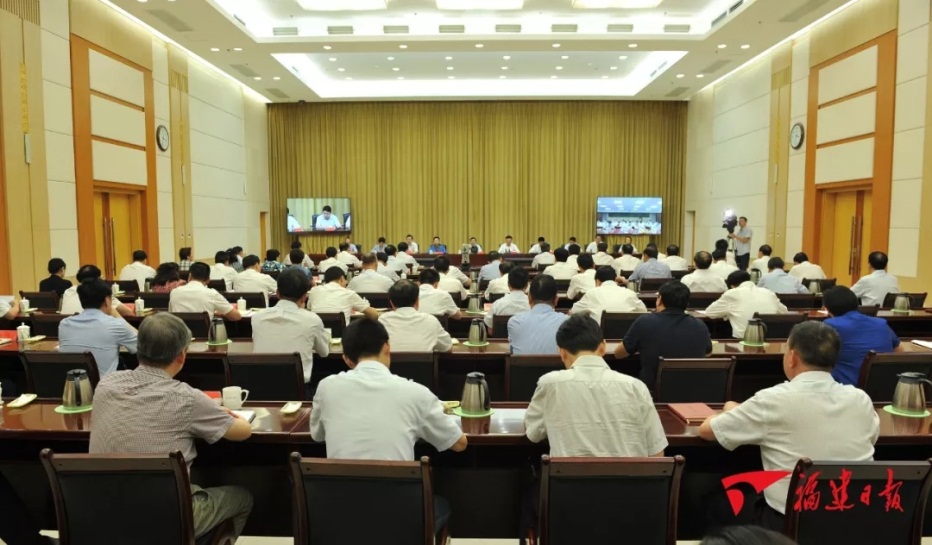 Fujian's regional GDP expands by 8.1 percent in the first half of 2019. [Photo/Fujian Daily]

East China's Fujian province maintained overall economic stability with steady growth in in the first half of 2019.

The province's GDP expanded by 8.1 percent from January to June, local authorities said at a government conference on July 17.

The rate was 1.8 percentage points faster than national average recorded over the period.

According to the Fujian Provincial Bureau of Statistics, Fujian's industrial added value rose 8.6 percent while the number for fixed assets investment and the total retail sales of consumer goods stood at 7 percent and 11 percent respectively.

Over the period, it made strides in industrial transformation and upgrading. Official data shows that the output of high-tech sectors in the province embraced a growth of 13.9 percent year-on-year.

From January to May, the revenue growth of internet enterprises and internet service platforms exceeded 37 percent in Fujian.

The eco-friendly intelligent products produced in the province remained hugely popular. The sales of new energy vehicles  were up by 242.2 percent while wearable intelligent devices climbed by 46.9 percent.

The market vitality was further enhanced in Fujian. The number of newly registered market entities reached 485,000, registering an increase of 3.6 percent year-on-year.

In the first half of this year, the tax and fees the provincial government slashed on local companies surpassed 30 billion yuan ($4.36 billion) over the six-month period.

The province also ramped up efforts in improving people's livelihoods.

At the same time, the employment rate and prices of commodities remained stable. New progresses were made in fields of education, social security, elderly care, healthcare and poverty alleviation.