E-commerce fuels the sales of honey peaches in Fu'an

Honey peaches produced from Hutou village, Muyun town of Fu'an city recently have been put on shelves on an e-commerce platform, according to a conference promoting the local specialty in the village on July 14.

Wang Daoping, head of the Fu'an honey peach association, said that honey peach plantation in the city has a long history, but the its sales is relatively small.

With the help of the internet, it is hoped that the gloomy situation will make a change, wang added.

Now Peaches produced from the village could be delivered to customers within Fujian within 10 hours while arrive in Shanghai and Guangdong province the next day.

The peach industry in Fu'an is shifting from an extensive sales model to a model featuring brand building and scale operation, said Wang, expressing the hope that the internet will help reshape the local peach sector, thus enabling more people to have the opportunity to relish the authentic honey peaches produced in eastern Fujian. 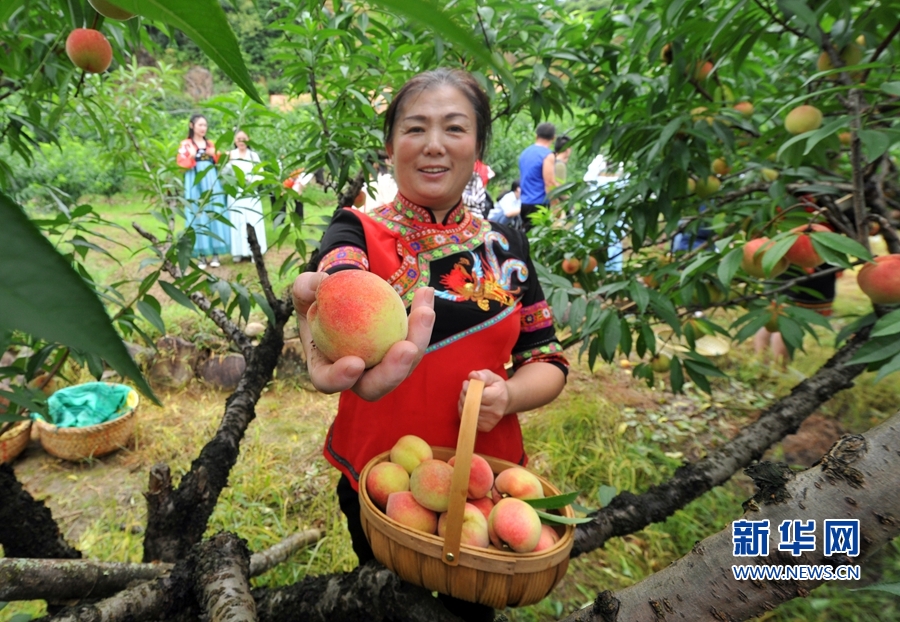